I can’t tell you how many years it’s been since I last built myself a new computer, or I’ll have to turn in my geek card. Suffice it to say, it’s been way too long. However, thanks to a nice profit sharing check I found myself in the position to place an order with Newegg for a thoroughly researched list of components to build myself a new computer – hooray!

Here it is in all its shiny black glossy classy gloriousness (though the photo doesn’t really do it justice): 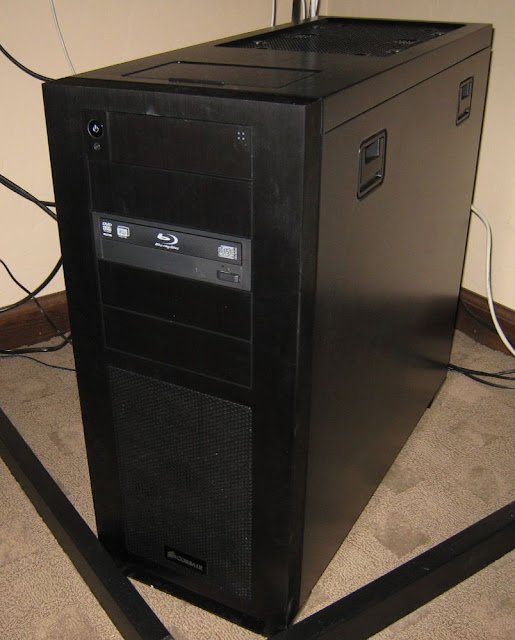 I really like this case. Not only does it look great, but it also has a long list of very nice features. One of them is clever cable management options that allow you route almost all the component cables underneath the motherboard tray. 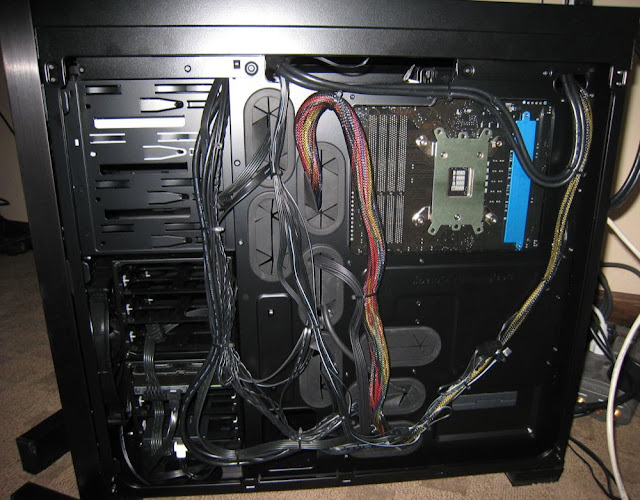 As a result, you have a very nice and clean interior, it is very easy to work in, and it has optimal airflow for cooling. 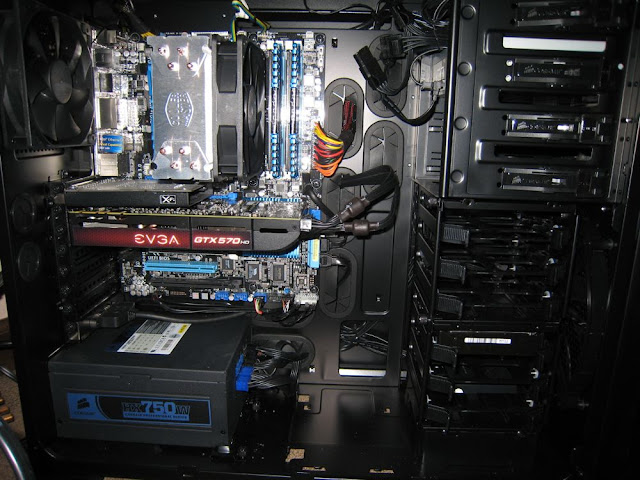 In case you care, here is the list of components:

It took me a while to get it built and stable, though. I’ve been building computers for over a decade now, and this one turned out to be the most problematic one yet. I ran into so many issues along the way:

I would have never expected so many issues with this build. Usually my experience is buying quality components and being very thorough and patient when building ensures optimum results. Not so this time. Yikes! I expect better QA from the likes of Asus and Intel and OCZ.